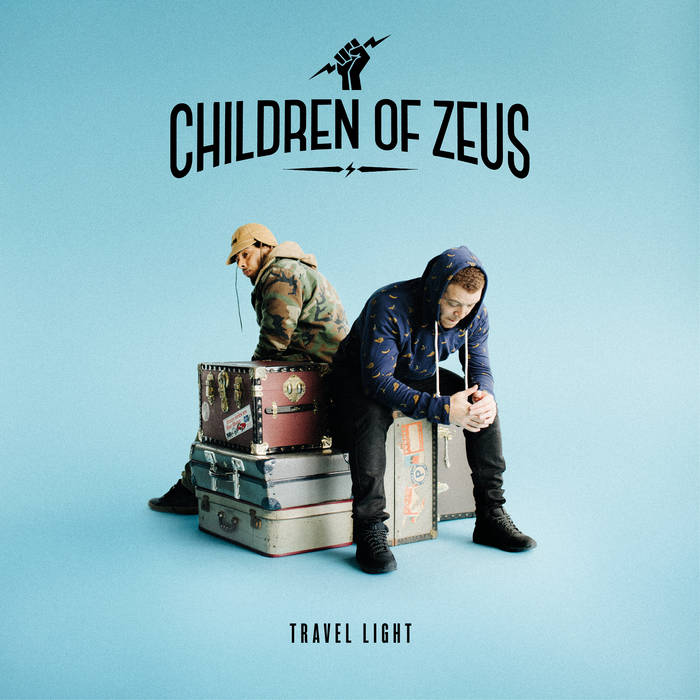 We know a lot of you like to listen to our music with your kids, so we put together this clean version of the album.

For Physical versions of the album head to the main release page - childrenofzeus.bandcamp.com/album/travel-light
Please note that the Clean Version is only available digitally.

It’s been a long road leading to this album for Tyler Daley and Konny Kon. They first embarked on their expedition into the music game two decades back - Tyler entered the scene as a songwriter, producer and vocalist, originally under the moniker Hoodman, whilst Konny began MCing, DJing and beat-making for hip hop crews The Microdisiacs and Broke’n’£nglish, along with DRS & Strategy.

To date, Children of Zeus have released three sell-out singles on First Word (‘Still Standing’, ‘I Can’t Wait’ and ‘Slow Down’) and a compilation EP comprised of tracks made by the duo over the last decade entitled ‘The Story So Far…’. Children of Zeus are finally at the stage where they are releasing their debut album proper; the over-riding ethos of which is about keeping their eyes on the road ahead, whilst shedding the baggage they’ve accumulated over the years - ‘Travel Light’.

Features mainly come from Manny family; [ K S R ], LayFullStop, Metrodome (Levelz) and former Broke ’n’ £nglish spar DRS. Guest production comes in the form of Switzerland’s Sebb Bash, Nottingham’s Juga-Naut, and London’s Beat Butcha, and there’s your favourite DJ’s favourite DJ, Mr Thing, slicing up the turntables on two tracks too. There’s a few extra special ingredients on this album, along with their trademark sub-heavy, rhodes-laden hip hop soul hybrid. Reggae music has always been an integral piece of the CoZ sound-system ethic, so we see Tyler putting on his lover’s rock hat for ‘Hard Work’, and they invite soul queen Terri Walker to join them on the fierce ‘Sling Shot Riddim’, while the album closes with the epic K15-produced jazz-bruk opus, ‘Vibrations’, on which Konny breaks it down quite simply: “high frequency means that you travel light, so get lifted yo, we’ll live gifted”.

Long as the journey has been, the time for looking back is over. This is about the present and future of Children of Zeus. A shining light in Manchester’s now-school, and rightly heralded by many as the best new act to emerge in British soul music in the past decade. Aside from the above features, this project is written, performed and produced entirely by Tyler and Konny. Since the crew first took flight, the end destination has never changed, the aim remains the same - to create timeless music, in their own unique style, without compromise, irrespective of industry and life distractions.

The moral being this - travel light.

outré black metal, with a Victory Over the Sun interview and music from Liturgy and Jute Gyte.